Please enter your username or email address. You will receive a link to create a new password via email.

Located in the beautiful UNESCO protected Bay of Kotor, Porto Montenegro combines a spectacular destination with a world-class, full-service marina.

Complemented by luxury waterfront homes for rent and sale, international dining options, lively bars and a wide range of sports, leisure and cultural activities, the marina is an ideal superyacht homeport with berths ranging from 12m to 250m.

The marina opened with 85 berths in summer 2009, and has since grown to the current capacity of 450 berths (127 for superyachts). Following the completion of the recent expansion, in July 2015, the marina can now accommodate the largest yachts in the world, with berths up to 250m in size. A total of 850 berths have been planned by project completion, of which 311 will be for yachts over 24m – the largest offering for superyachts in the Mediterranean. an area of 12,400 m2 (133,000 sq ft)

The first six residential buildings, Teuta, Zeta, Ozana, Milena, Tara and Ksenija encompass 180 residential units and 3800sqm of retail space (over 55 units). All of the apartments sold out in September 2015.

Each residential building complex contains shops and restaurants on its ground floor. These businesses include chandleries, fashion boutiques, waterfront cafés, bars and restaurants. Summer seasons include a selection of international temporary or ‘pop-up’ shops such as swimwear brand Heidi Klein and London concept store Wolf & Badger.

Porto Montenegro’s five-star Regent Hotel with serviced apartments on the marina village waterfront opened August 2014. The Regent Porto Montenegro’s building and gardens are built in the style of the grand palazzos of the Italian lakes.

The Naval Heritage Collection showcases over 300 artifacts, from rare, fully restored, Yugoslavian submarines to the diaries of Princess Xenia. A selection of items is on show from the original Arsenal, established over one hundred years ago as an Austro-Hungarian, and subsequently, Yugoslav naval base.

Sveti Stefan is a small islet and 5-star hotel resort on the Adriatic coast of Montenegro,...

The first One&Only resort in Europe will be located at the entrance to Boka Bay. 60 acres of... 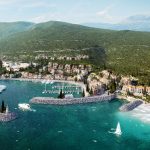 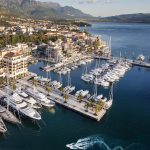